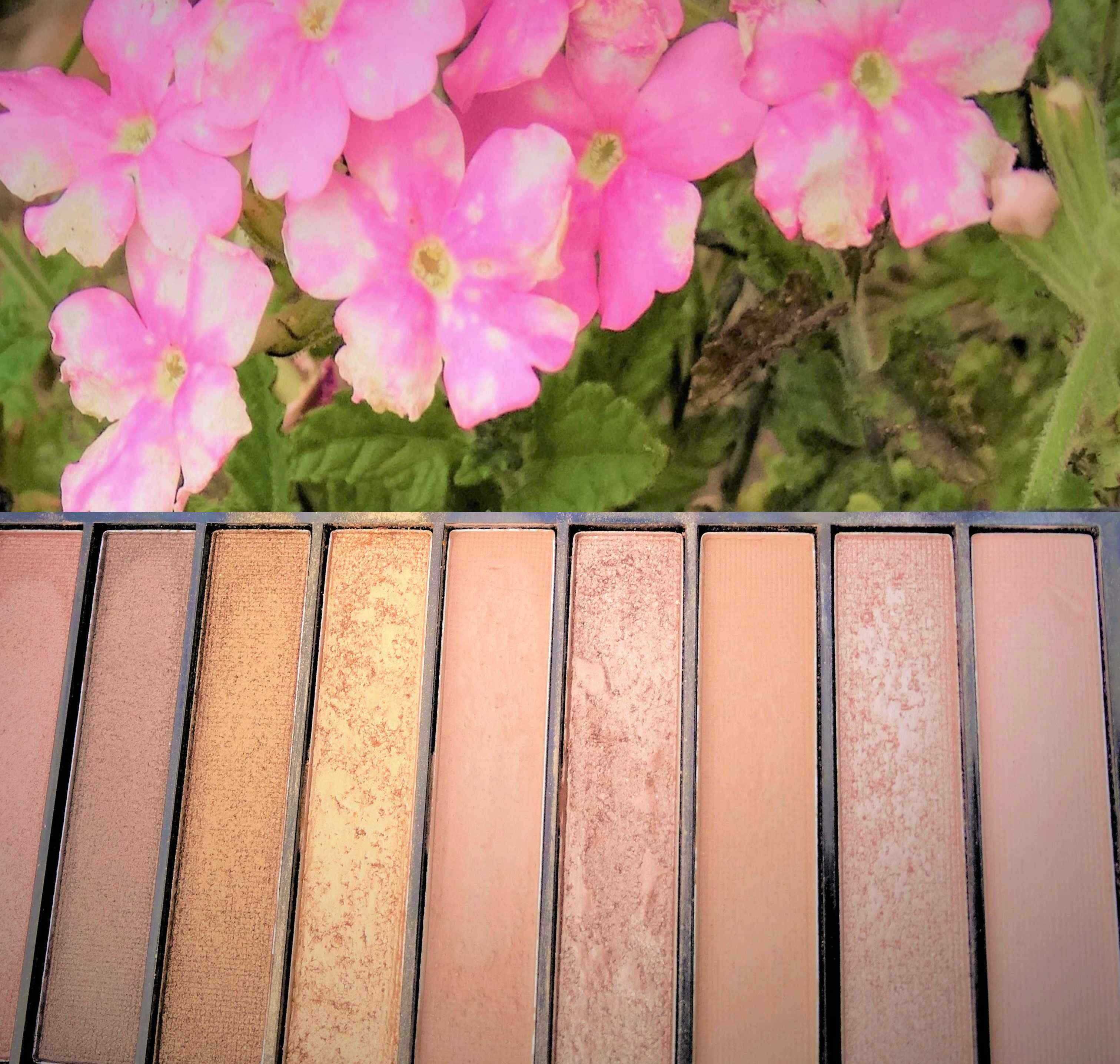 Are you worried about one of your favourite eyeshadow palettes being discontinued? Or did you ever wanted to try the Naked original palette but $54/£40 is too much? Say no more, because I have had this dupe for years and it never disappointed.

Makeup Revolution is known as a brand that creates dupes for many hyped high-end products on the market. You might hate it or love it for this, but it is a valid choice not only because it releases very similar shades but also because some of their products are really good. It is the case of Revolution Redemption Palette Iconic 1, which is a dupe for the Urban Decay’s Naked palette.

To showcase the palette, I created three different looks with it: an elegant look in warm, golden browns; an everyday radiant look; and an evening smokey-eye with blues and browns. For close up pictures, as well as how to recreate them and for a wear test please read below.

This is my favourite look and the one I do quite a lot, as golden and browns suit me the most. It is also elegant but still wearable for daytime.

⦁ I used shade no. 3 over the entire mobile lid but also in the socket and to contour the eye area in order to push the hooded area back and to create some subtle shadow
⦁ Then I used shades no. 7 and 8 to create an even deeper tone on the outside corners of my eyes but I applied the colours subtly
⦁ I used shade no. 4, which is my favourite shade  over the entire mobile lid
⦁ I also added no. 4 under the eye in the centre
⦁ I applied shade no. 6, which is my second favourite shade in the palette as an eyeliner. It is one of my favourite techniques, and I used the shade without any setting spray for you to be able to see the intensity of the colours without any additional products
⦁ I also added no.6 under the eye subtly in order to mirror the golden on top
⦁ No. 2 has been used to highlight the inner corners of the eyes

Seven hours later, the colour was still elegant and vibrant, and no crease happened, which is a brilliant sign since my eyes are hooded and my eyelids get oily. It is also important to mention that that day was really warm and I was out and about. No primer or setting spray was used but the colours can look even more vibrant if used.

I wanted to create something extremely easy for my readers, for casual occasions. This look is not too glamorous for casual everyday wear or for work.

⦁ I applied no. 5 on the entire mobile lid, slightly upper as well, under the eye and in the socket, to create a nice base and a bit of shadow
⦁ I used no. 5 on the mobile lid
⦁ No. 2 for the inner corners
⦁ I applied no. 6 on the entire lid but with the intention of creating a subtle sheen rather than a vibrant colour (do not over do it!)
⦁ Went back with no. 2 in the centre of the lid to bring more brightness and dimension

This time the eyeshadow moved around a bit but nothing of great significance, it still looked good in person. It was very hot outside and I was out and about as well. I think I tried a new setting spray that day, which might have caused the shifting of the colour (yes, bad products can create bad effects even if it was a setting spray which is meant to do the opposite). No primer was used.

This was certainly a challenge for me as blues do not suit my complexion at all and they always make me look tired and unhealthy. This was the first time I have used the blues in this palette and it was just so I can test these as well. I added a lot of warm browns in order to counterbalance the cool tones. This is more of an evening look but the lack of multiple eye brushes due to my travelling did not help in creating a very deep and vibrant smokey eye.

⦁ I used no. 5 all over the eyelid, in the hood of the eyelid as well as under the eye; again, the same reason – creating some contour and shadow (this also acts as a base)
⦁ I added no. 10 in the outer-corners for some depth and for some chocolaty brown that pairs well with the ocean blue
⦁ I also added some no. 9 and no. 8 closer to the lash line in the outer corners of my eye
⦁ For adding the blue, no. 12, I used the same technique as the gold in the first eye look. I lined my eyes with it and I also added it under my eye in the center. This allowed me to test the blue without applying it on the entire lid, which, as I said, does not look good on my eyes
⦁ To counteract the blue I added a bit of no. 6 to the centre of the eyelid, which created a golden and more unique effect. I also added the gold under the eyes.
⦁ Last step, combined some no. 1 and 2 for some inner-corner highlight

I have to admit I do not use blues ever so this look was slightly difficult for me to create, but from the look of it the blue wore beautifully, it wasn’t as intense as at the beginning but before this look I actually applied the blue with a full dense eye shadow brush over the entire lid and it looked very vibrant and alive (before I decided it’s too much blue) so I think for blue lovers this is fine. I think the look survived well even though I accidentally rubbed my left eye! No primer or setting spray was used.

BAD ONES
Talc – can sometimes be contaminated with asbestos, a substance that has some links to cancer but as long as it is in pressed format like an eyeshadow it should be okay because inhalation is kept to a minimum. The studies are inconclusive though, and most makeup products contain Talc (pretty much all eyeshadows and powders).

CI 15850 – this is a bad – bad one, as there is controversial material about it online. Some say it is not for use on the eyes but before you panic I consulted the European Union’s regulations and it is not flagged as dangerous or with limited use. Its purity has to be closely checked though. All synthetic colours in general have a bad reputation as some are supposed to be skin irritants, however, most cosmetic companies use them.

⦁ Vegan
⦁ Cruelty Free
⦁ Gluten Free
⦁ Usually the colours faded slightly but there was no creasing which would be the break dealer in my opinion (and it looks better with a primer and a setting spray)
⦁ I also have hooded eyes and the fact they do not crease is fantastic
⦁ I think the shades are beautiful and a successful dupe to the original Naked palette
⦁ I mostly use the golden tones in this, but I think the darker cool toned colours acted fine as well
⦁ Smaller than the Naked original palette. The Revolution one is quite small and good for travelling. It is also very light
⦁ Overall, for a £4 palette, I think this is fantastic

⦁ My only critique is that all the darker shades contain shimmer in them, so for a deep smokey eye I think one would have to use another shade that is matte. This could also create some problems for a hooded eye.
⦁ Also, there is the controversy about the ‘may contain’ CI 15850 but according to both FDA and EU regulations it seems that it is safe to use as long as it is produced to certain purity standards.

Please leave a comment bellow if you have any requests for future posts and also let me know if you are interested in some Ingredients Investigation and for which products!

This blog post is not sponsored and there are no affiliate links. 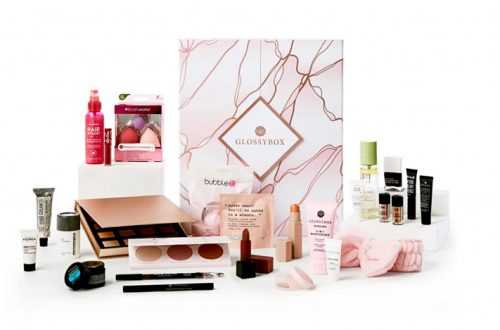 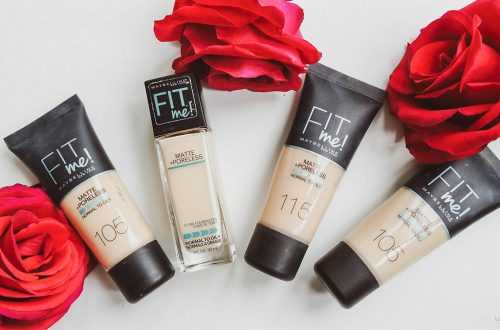 Worth the Hype? Maybelline Fit Me Matte & Poreless Foundation