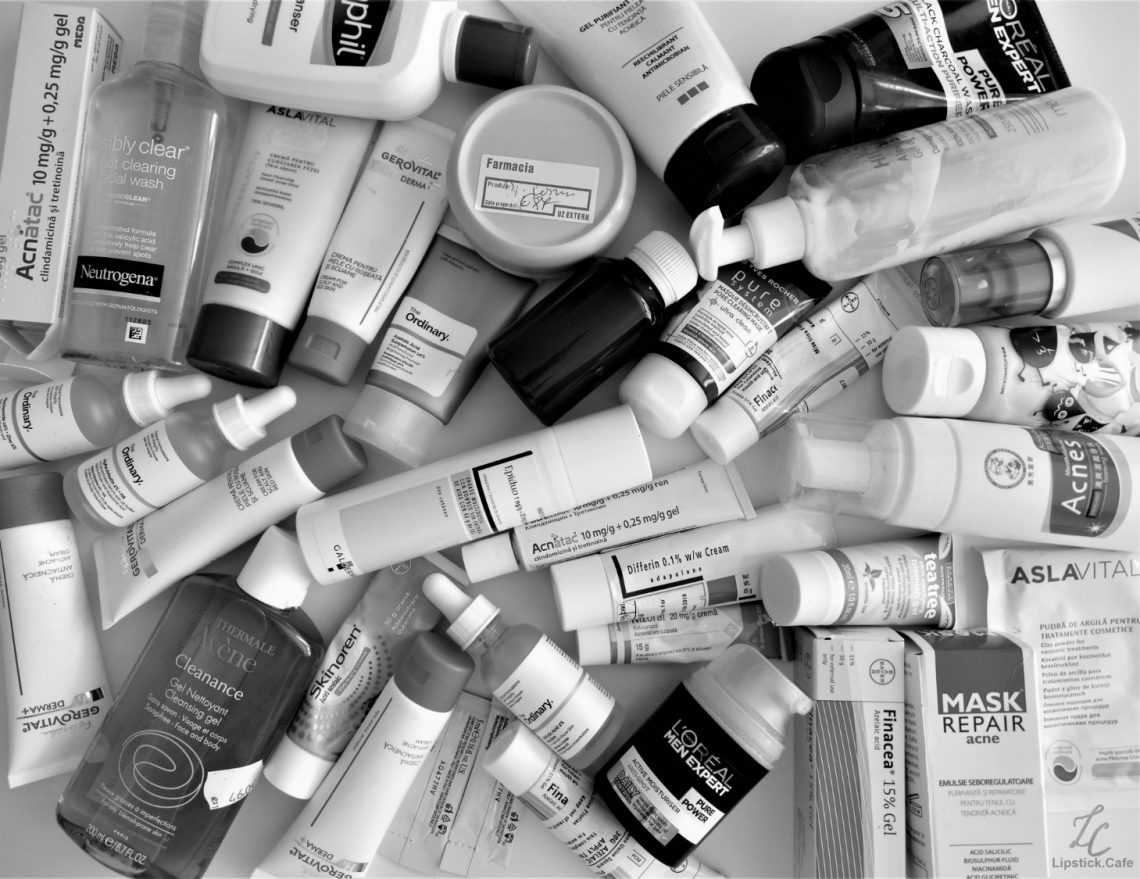 This is a topic that it is not easy to write about. Many people suffer from acne, and yet it is such a taboo topic, surrounded by beauty myths and all sorts of presumptions. Acne is very often catalogued today as a disease and can severely impact self-confidence and everyday life.

I have been suffering from acne for twelve years, time in which I received lots of unsolicited advice about my diet, skincare routine, makeup, sexual life etc. After such a long time having this skin condition, I decided to take Isotretinoin, mostly known as Roaccutane (UK) or Accutane (USA), which is a strong and controversial oral treatment for severe acne. The medicine comes with an endless list of side effects and presumptions, and it is negatively perceived by most people.

Given these horror stories that fill the internet about Isotretinoin, I decided to document and track my journey and publish it so that everyone curious about it can read about my experience.

I am not a doctor or a pharmacist, and I am not going to write about my journey from a medical point of view. My journey will be tracked from the perspective of a patient, which will make my decisions, my experience and my results subjective, personal and for informational purposes only.

Isotretinoin is a serious drug, with severe side effects, and my decision to write about it did not come lightly. However, as doctors have told me many times, a very large number of people are taking the treatment or are considering it. It is very hard to make the decision if to take it or not because many people believe it is not necessary, as it treats a non-life-threating skin condition. My decision if to accept the treatment or not was influenced by many online testimonials, vlogs, online interviews with doctors and patients. I want to write about my journey taking Isotretinoin so other people considering it can read about my experience,  find additional details and be more informed about how it will affect their everyday life. Besides this, I want to also help people that already made the decision to take it, telling them more details about skincare routines and by sharing our experiences.

Isotretinoin is only prescribed by dermatologists. Please consult qualified specialists in order to understand why it is crucial that you only take it under professional supervision.

During my Isotretinoin treatment, I will discuss my skin history (see below), factors to take into consideration when making your decision, the process of getting Isotretinoin prescribed in the UK, how I optimise the treatment to suit me best, as well as a monthly diary with my progress and side effects I have experienced.

The first signs of acne appeared around the age of twelve, when my skin became oily, and my hair started to fill with sebum, even shortly after I washed it. Slowly but surely, my face got filled with acne. With time, I used so many acne products, from La Roche Posay, Vichy to Zynerit, none of it working.

At fourteen I started wearing makeup and I never went out in public without foundation or concealer on. My skin was filled with pimples and redness, as well as very dilated pores, texture, scars and flaky skin. To clear up the myths about diet, I need to mention that I have also been a vegetarian for three years, time in which my skin didn’t improve at all.

At nineteen I was prescribed the combined pill, which made my skin even worse. After about one year in, my skin cleared up. On my face, chest and back, I barely had any new pimples. During this period, I stopped using any acne-fighting products, focusing on moisturising creams and oils. However, after a while, the acne came back as bad as it had before, if not even worse. I experienced many side effects with the combined pill, so I had to swap to the mini-pill.

After I turned twenty-one, my skin was at its worst. It was filled with painful cystic acne, as well as white heads, blackheads, scars, flakiness, dialled pores, deep scars, red scars, as well as more superficial pimples, all over my face, shoulders, neck, chest, upper back and lower back. By that point I had tried pretty much every acne-fighting ingredient in topical products with different concentrations and formulae: Azelaic Acid, Niacinamide, Zinc, Lactic Acid, Retinoids, Adapalene, Benzoyl Peroxide, Alpha Hydroxy Acids, Sulfur, tea tree oil, Tretinoin etc. I tried skin vitamins as well. I also took Doxycycline 100mg/day for four months. My skin cleared up perfectly during this time, only the scars remaining. However, a few weeks after finishing the treatment my skin got just as bad as before. Again, to clear up diet myths, I need to mention I found out I am lactose intolerant, so I stopped eating any diary products for years… nothing changed with my skin.

At twenty-two I went to see my GP (general practitioner) in the UK which prescribed me Minocycline for one month. At the follow up appointment after one month I had another doctor on duty who panicked about the fact I have been prescribed Minocycline as it is known to cause kidney damage. Instead, he prescribed me Lymecycline for six months, 100mg/day. My skin definitely cleared up, but not as well as with the Doxycycline. Occasionally, I was still attacked by huge painful pimples on my face that left such deep scars I have them even today. That GP also made a referral to a dermatologist and suggested Isotretinoin (Roaccutane). This was in May 2016. My Lymecycline treatment finished in December 2017. I finally received my appointment to the Dermatology in autumn 2017. The doctor suggested Isotretinoin. I refused it based on its potential side effects on the mental health, as I was living in a foreign country and just starting my final year of University.

After six months, I went in for a follow-up dermatologist appointment to discuss if I have changed my mind. The new doctor was fantastic and explained to me that Isotretinoin gets a very bad reputation, but it is hard to divide its side effects from those of the contraceptive pill. Since women must take the contraceptive pill during their treatment with Isotretinoin, no one can tell for sure what is caused by which. Similarly, the mental health side effects could have been there regardless of the treatment as acne is a disease that causes serious effects on the individual, including anxiety and depression. As it is very possible that at the beginning of the treatment your acne will flare up, it is possible that some patients experience low moods because of the state their skin is in. The doctor said she does not think anything else will work on my acne other than Isotretinoin, which, of course, could not cure my acne either, but that there was a strong chance it will stop flaring it up. 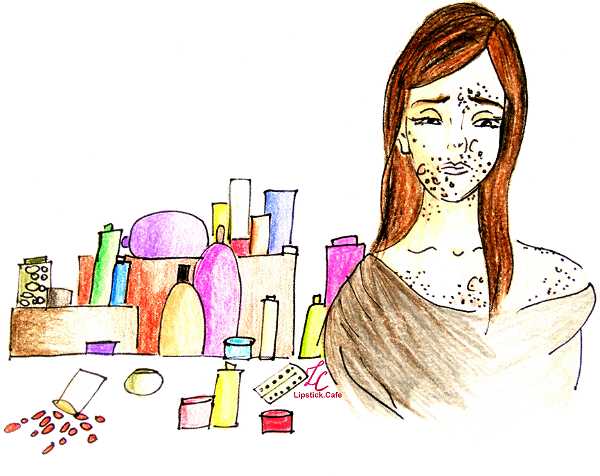 I needed more time to think, I studied the leaflet, looked at many experiences online with the drug and so in September 2018 I returned to the dermatologist and agreed upon the treatment. I was able to start right away as I have been discussing with them about Isotretinoin for a year and I was already on the pill. At that point my skin was in a pretty good state as I went to a cosmetologist for two months, time in which I spent a lot of money and effort to clear up my skin. The cosmetologist used lactic acid, vitamin C, niacinamide, massages that would help the circulation in my skin, masks, facials, as well as other tricks that were never revealed to me (she was very attentive in hiding her secrets). While my acne on my face was finally dying away, the acne on my chest, shoulders and back was never angrier and more irritated. Together with the dermatologist I decided that we need to stop the active pimples appearing from causing more scars, and so Isotretinoin was the best shot I had.

Please follow Lipstick.Cafe on social media so you get notified about future posts! 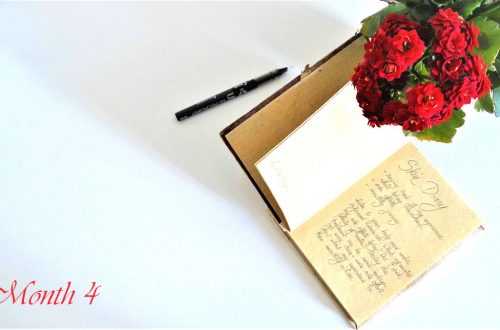 Month four of Roaccutane: Be careful with travelling! 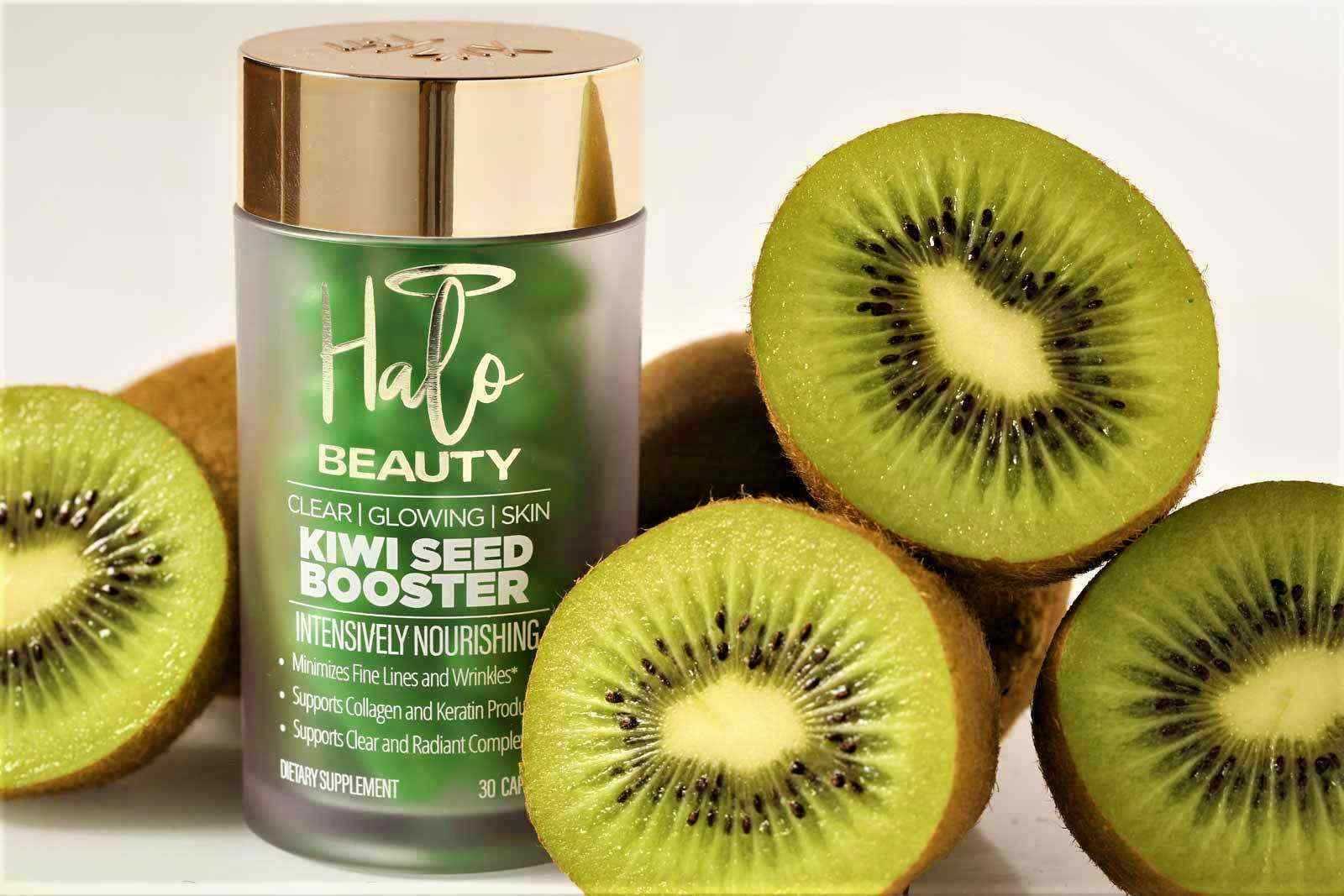 Halo Beauty Kiwi Seed Booster – How is it different? A pharmacist’s opinion 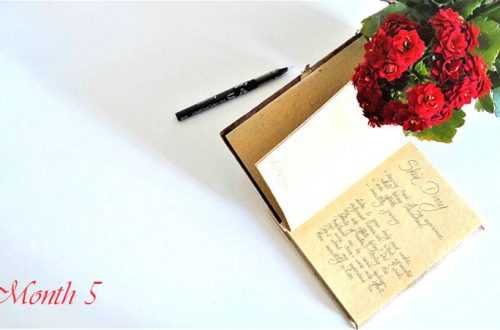 SURPRISE GIVEAWAY! Enter my giveaway and find out

Was the Latest in Beauty Advent Calendar worth it?

Who else enjoyed their beauty advent calendars in

SURPRISE GIVEAWAY! My unboxing of the Latest in Be

What makeup products did you use the most in 2020?

How did your makeup routine change in 2020? Watch

Did you give up any makeup products in 2020? Watch

My fascination with the KIKO Milano cosmetics star

Perhaps it is no surprise that this powder palette

Every person should find a lipstick that can insta